Mercedes-Benz looks to mark the current state of the art in full-sized vans with its well regarded Sprinter range.

The Mercedes-Benz Sprinter has long been a byword for excellence and performance in the full-sized large van sector. The current range builds on efficiency and safety in significant ways, adds some style inside and out but remains focused on sheer practicality.

Find out more about the Mercedes-Benz Sprinter 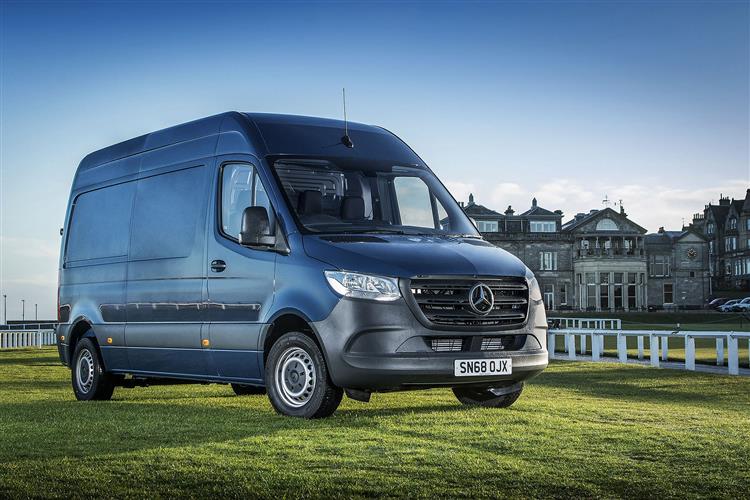 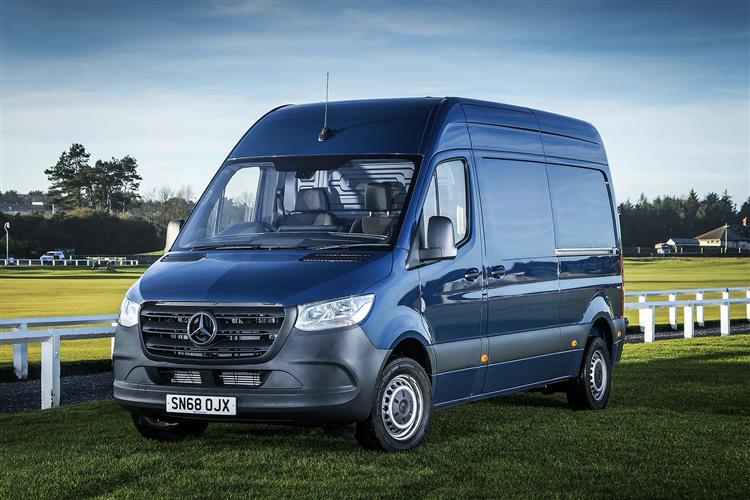 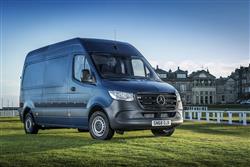 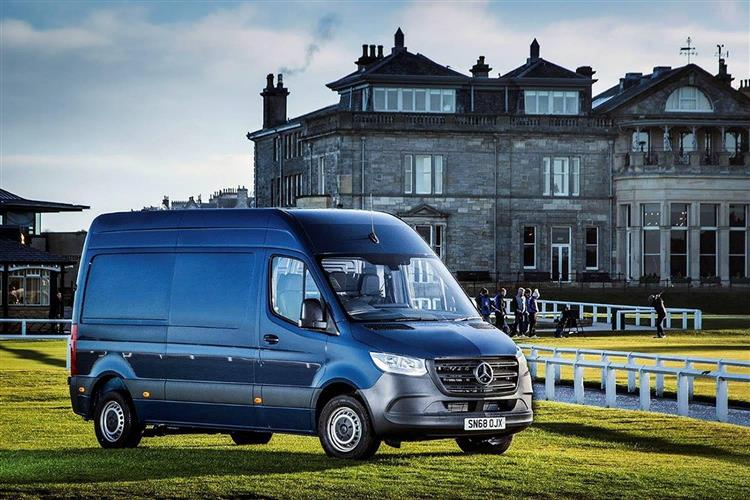 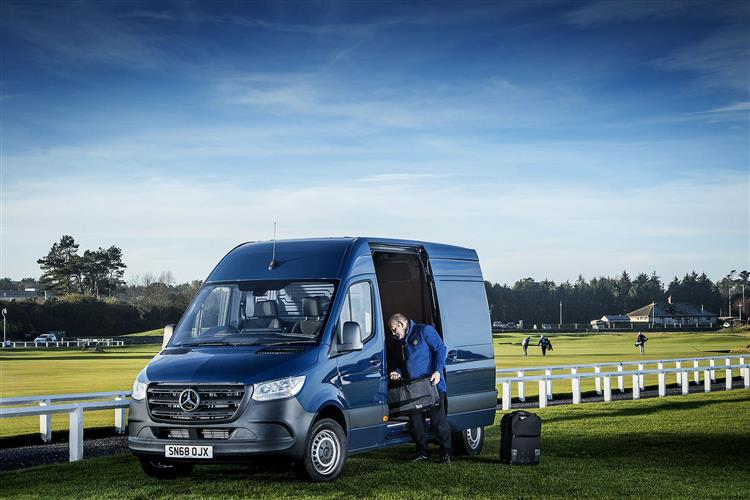 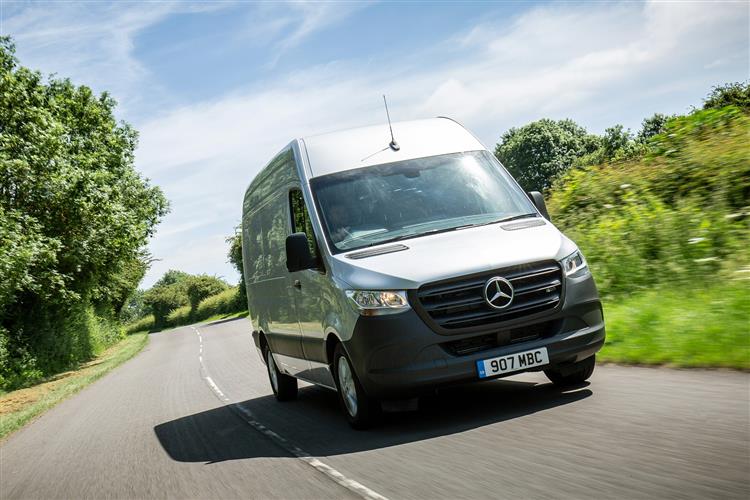 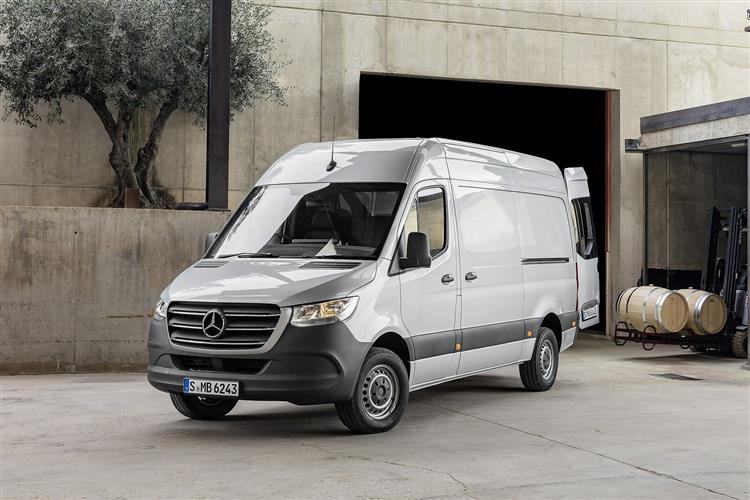 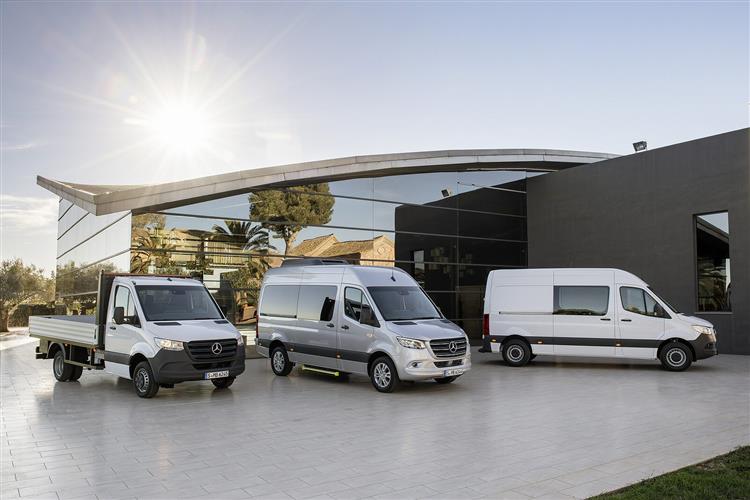 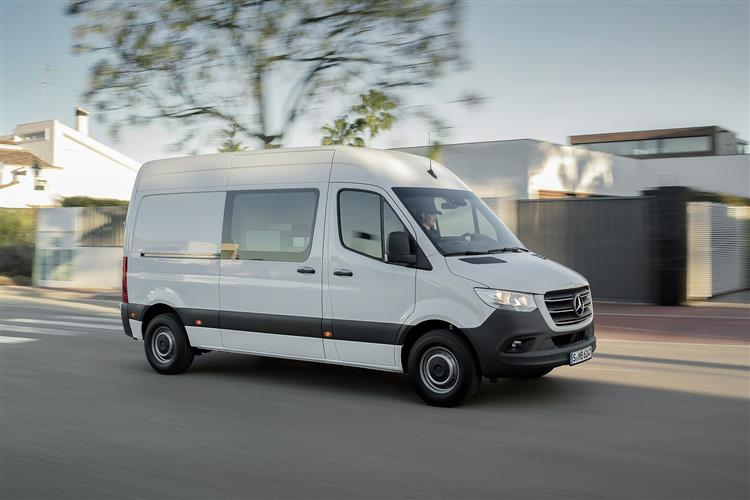 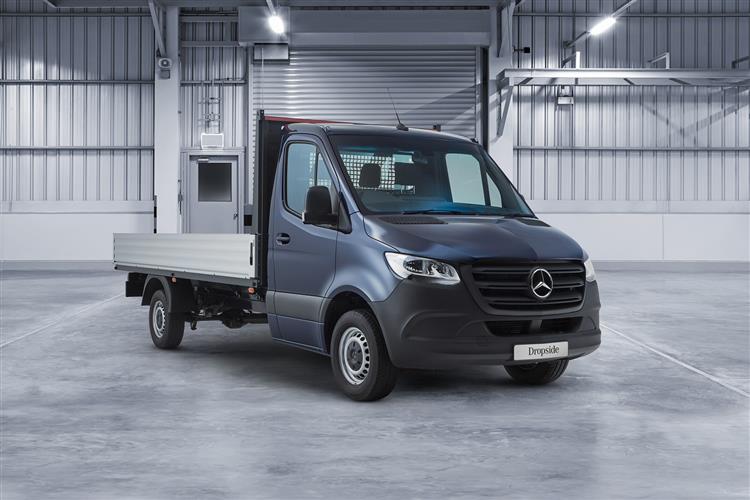 When it comes to large vans, one stands above all others across Europe: this one – the Mercedes Sprinter. Nearly 2 million of them have been produced, around half a million of these being second generation versions like the one we’re looking at here. This is the best selling LCV across the Continent, a superiority underlined since this second generation version was introduced back in 2006.

The interior feels of better quality than most other large LCVs in this segment, something emphasised by the thick, chunky steering wheel, the classy gear shifter knob and the high-quality seat coverings. Mercedes Sprinter finance deals can be tempting too.

The Mercedes Sprinter is a large van with a big heart – that heart being an efficient range of powerplants. Your Mercedes Sprinter lease quote will be based around the choice you make from an engine line-up that hinges around a family of 2.15-litre turbodiesel engines, offered in 112, 129, 140 and 163bhp guises. Some buyers wanting Mercedes Sprinter financing may also want to look at the 190bhp V6 diesel option. As an alternative to the diesel engines, the '316 NGT' Sprinter variant comes with a Euro VI-compliant supercharged four-cylinder natural gas engine featuring direct injection. This 1.8-litre engine generates 156bhp.

Transmission choice for Sprinter buyers is between a either an 'ECO-Gear' six-speed manual gearbox or a 7G-TRONIC PLUS seven-speed automatic with lock-up clutch, which is the only system of its kind to be found in a van. On the move, handling will as usual depend on the load you're carrying but traction is sure and can be boosted if your business habitually uses off-tarmac tracks, by choosing the 4x4 system that's an option on 313 and 316 CDI derivatives, as well as on 319, 513, 516 and 519 BlueTEC Sprinter models.

The Sprinter founded its reputation on solid practicality and the current model is no exception. Ultimate loading capacity depends upon your choice between four body lengths. There's the Short one that has a loadspace length of 2600mm, the Medium version that boosts this to 3265mm and the long or extra long options with their extended overhangs that boost total loadspace length to either 4300mm or an enormous 4700mm.

If it’s ultimate cargo capacity you want though, you’ll need to find somewhere to park either High or Super High roof models which boost the standard 1650mm loading height to either 1940 or an enormous 2140mm. As you would expect, these heightened roofs make a big different to cargo capacity, boosting the load bay volume up from the Short length Standard roof model’s 7.5 cubic metres to a truly cavernous 17 cubic metres.

Yes of course there are cheaper rivals. Some of them feel a little more avant garde too and have cleverer cabs. But when it comes to the things that actually matter when it comes to running a vehicle of this kind, the Sprinter ticks most of the important boxes with the kind of thoroughness that you’d expect from something bearing the famous Three Pointed Star on its grille. All of which means that whatever your business, this could be your righthand van.