Nissan is a well established player in the UK LCV segment with a wide range that starts with the well respected NV200 model, a van offered with either diesel or full-electric power. A single short wheelbase model is offered with a 750kg payload and a 4.2m3 load volume - that's on a par with its long wheelbase rivals. The next model up is the company’s medium-sized offering, the NV300. A short wheelbase low roof height L1H1 NV300 model can manage a 5.2m3 total – but that can rise to as much as 8.6m3 in a long wheelbase high roof L2H2 variant.

If you need to carry really large loads in your Nissan van, you’ll need an NV400. Here, there's a choice of L3 and L4 body lengths. Cargo volume will depend both on this and your choice between three body heights (H1, 2 and 3), leading to cubic metre capacities that run between 12.4 and 17.0m3 for this rear wheel drive design (though with a Luton conversion, you can push this up to as much as 22m3). You might also want to consider the NT400 compact flatbed truck. The light LCV the Nissan  brand is best known for though, is the NP300 Navara pick-up. This vehicle is now in its second generation and comes in two forms; the usual Double Cab; and the alternative ‘King Cab’ bodyshape with its useful occasional rear seats. All models feature a 2.3-litre dCi diesel engine usually mated to 4WD and offering a choice of 160 or 190PS outputs. The DoubleCab model’s cargo area can carry up to 1,203kgs. And the Navara can tow up to 3.5-tonnes. 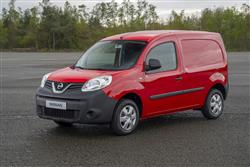 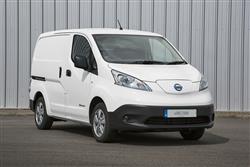 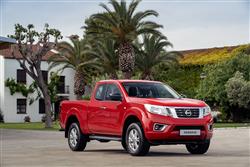 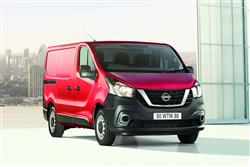 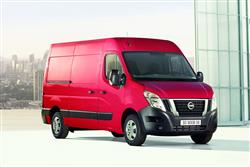