Peugeot's Boxer is a large LCV that has forensically focused on the things that make a real difference to fleet operators in order to give its heavyweight the best chance of a unanimous decision.

If size matters for your business, then only the largest van will do. Something perhaps, like this one, Peugeot’s Boxer. This third generation model dates back to 2006 but was substantially updated in mid-2014 to create this facelifted version.

Find out more about the Peugeot Boxer 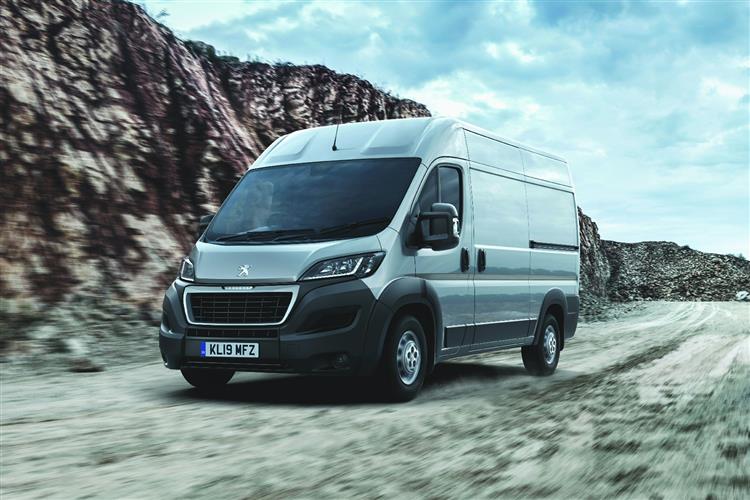 Peugeot has given the Boxer, its biggest van, a fighting chance in the large panel van sector due to strong, sensible design that will appeal to careful operators. On paper, this improved third generation version certainly looks to be a van that can, for no direct rival can significantly better either its payload or its load-carrying capacity – and few can equal its low costs of operation. Equipment levels are also superior to those of many obvious rivals. In other words, it aims to score in the areas that really matter to business users. With this in mind, Peugeot Boxer is one of the best lease deals available.

The Boxer is faced with some really strong rivals but rather than shy away from the challenge, Peugeot has come out swinging. It's hard to argue with a van that offers this sort of refinement inside while also being able to claim such excellent economy figures and backing it up with a large and practical load bay which boasts the broadest load width in the sector.

The cost of your Peugeot Boxer lease will of course be based to some extent around the choice you make from an engine line-up centred around three 2.0-litre BlueHDi diesel engines, all fitted with diesel particulate filters. At the foot of the range, there's a 110bhp unit with 300Nm of pulling power. The next BlueHDi unit up is the 130bhp variant, which delivers 340Nm of torque. Finally, at the top of the range, if you want a Peugeot Boxer van lease delivering an LCV that’ll be able to haul really heavy loads, you'll want the 160bhp powerplant, which fronts up with 350Nm of torque.

In the increasingly closely fought large panel van sector, this Boxer looks to have the full package required to make a name for itself. The French brand has clearly thought long and hard about what operators actually want. The longer service intervals are welcome, as are the more efficient running cost returns and greater cab refinement. Plus, this Boxer’s smart infotainment screen and its optional Grip Control system are genuine points of differentiation in this segment.